We're focused on bringing keynote speakers that represent different areas of our industry, as well as, different parts of our society. From nationality and gender to experience in the industry, we hope the sharing of their particular experience can help generate awareness, develope empathy and provide a relatable baseline for all of us. 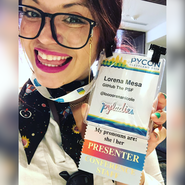 Lorena's time at Obama for America and her subsequent graduate research required her to learn how to transform messy, incomplete data into intelligible analysis on topics like predicting Latinx voter behavior.

It's this unique background in research and applied mathematics that drove Lorena to pursue a career in engineering and data science. One part activist, one part Star Wars fanatic, and another part Trekkie, Lorena abides by the motto to "live long and prosper". 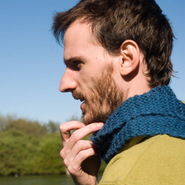 Manuel Kaufmann was first introduced to Python while pursuing his university studies at PyDay Santa Fe, Argentina in 2006. This day would literally change his life forever.

Manuel fell in love with Python’s syntax at first sight. He immediately broke up with pointers and double-linked list of C and never looked back. Since then, Manuel has become an active member of Python Argentina, traveling through South America by car to spread the joys of Python. In February 2016, he was officially named ”Python Ambassador" by the Python Software Foundation.

In these years, Manuel assisted in the translations of The Official Book of Django and Django Girls Tutorial, as well as contributing to projects like One Laptop Per Child. Currently, Manuel works at Read the Docs as a software developer. 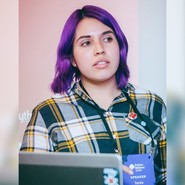 Tania is a developer advocate at Microsoft with a focus on Data science and all things scientific computing an open source. She is also a trustee for the UK RSE and UK Python association and a founder and organizer of PyLadies NorthWest UK. 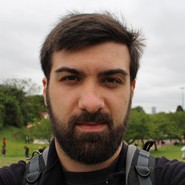 Álvaro Justen, also known as Turicas, is a software developer and teacher. He’s been an open source activist since 2004 and contributes with the  Brazilian community since he started using python  in 2005. He organized PythonBrasil in 2012, a nationwide Python conference. Alvaro is the creator of the Brasil.IO project - which releases Brazilian open data in accessible formats, and also the rows library - which facilitates the access and conversion of tabular data. Chemically dependent to special coffees, you can always find him traveling to conferences through the hispano sphere while improving his Spanish.